You need to know the feature of fluorescence analysis before you learn the principle and application of the fluorescence spectrometer.

3. The amount of information is rich, and various parameters of fluorescent substances can be provided.

4. However, the fluorescence analysis method also has its shortcomings: ① many substances do not fluoresce. ② the relationship between the generation of fluorescence and the structure of the compound is not clear. ③ there are many interference factors, such as photolysis, oxygen quenching, and easy pollution.

Principle and components of a fluorescence spectrometer

The fluorescence spectrometer records the relationship between the emitted light intensity and the characteristics of the excitation source, sample characteristics, temperature, time, space, energy, and other related characteristics by selecting a suitable detector and working mode when the experimental sample is excited. In this way, the luminescent process can be better studied or utilized.

1. Application in the field of biology

2. Application in the food field

This field is mainly used for the analysis and detection of minerals and metal elements, amino acids, vitamins, fungal pollution, additives, preservatives, harmful substances in food packaging, pesticide residues, etc. in food. Especially the combination with HPLC, TLC, FIA, and other technologies can better achieve the detection effect of various substances in food.

In the field of drug analysis, fluorescence analysis can be used to identify active ingredients of drugs, study pharmacokinetics, and analyze clinical pharmacology and pharmacodynamics. At present, it is widely used in the analysis of antibiotic drugs, analgesics, sedatives, hemostatic drugs, etc.

This field mainly uses fluorescence analysis to detect the content of substances in the environment, mainly for water, ore, and soil.

Many transition metals can form new energy-level structures (HOMO/LUMO) when they cooperate with ligands. The transition between the ground state and these energy levels can easily lead to a significant increase in quantum yield relative to the ligand. At the same time, it can be achieved by changing the coordination center. The ligand structure modulates its emission band over a wide band.

(3) By controlling the size of the synthesized semiconductor nanocrystals to tailor the band gap of the semiconductor to match the excited state energy level of the luminescent center, to achieve efficient energy transfer or luminescence.

(4) Rare earth ions are the best spectroscopic probes sensitive to the structure. Experiments can be designed to detect the room temperature structural phase transition process of some small semiconductor nanocrystals in situ and analyze their internal mechanism.

2 to 4 orders of magnitude higher than UV-Vis spectrophotometry.

Disadvantages: the scope of the application is small. 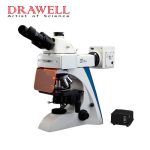 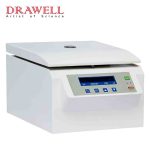 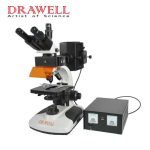 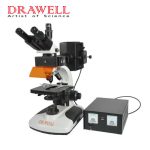 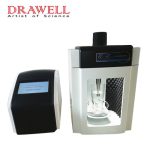