Essentially, a pump is used to provide a continuous flow of solvent into which the dissolved sample is introduced. After the sample enters the solvent stream, it will pass through the analytical column. The ions present in the sample mixture are then separated according to their affinity for the column. After the components in the sample are separated, they pass through a conductivity detector. The target ion’s detector response and “retention time” (the time it takes for a compound to travel from the injector to the detector) can then be compared to the reference material. Conductivity detectors can detect organic and/or inorganic ions (positive or negative).

Inorganic anions are the earliest and most mature ion chromatography detection methods, including fluorine, chlorine, bromine, and other halogen anions, sulfate, thiosulfate, cyanide, and other anions in aqueous samples, which can be widely used in drinking water. Water quality testing, beer, beverage, and other food safety, wastewater discharge compliance testing, metallurgical process water samples, oil industry samples, and other industrial products quality control. Especially because the residues of halogen ions in the electronics industry are increasingly restricted, ion chromatography is widely used in important process control departments such as halogen-free analysis.

Inorganic anion exchange columns usually use cross-linked resins with quaternary amine functional groups or other substances with similar properties. Common anion exchange columns such as Metrosep A Supp 4-150, A Supp 5-250, etc. The commonly used eluent is a dilute solution of Na2CO3 and NaHCO3 in a certain proportion. By changing the composition ratio and concentration of the eluent, the retention time and peak sequence of different anions can be controlled.

The detection of inorganic cations is similar to the detection of anions, the difference is that a sulfonic acid-based cation exchange column is used, such as Metrosep C1, C2-150, etc. The commonly used eluent system such as the tartaric acid/lutidine system can be Effectively analyzed Li, Na, NH4+, K, Ca, Mg plasma in aqueous samples.

With the development of ion chromatography technology, new analytical equipment and separation methods have emerged and gradually developed to analyze some complexions in biological samples. The more mature applications include:

The concentration range of ion chromatography analysis is from low μg/L (1-10 μg/L) to hundreds of mg/L. Direct injection (25μL), conductivity detection, the detection limit for common anions are less than 10μg/L.

The selectivity of the IC method for analyzing inorganic and organic anions and cations can be achieved by choosing appropriate separation methods, separation columns, and monitoring methods. The effect of immobilization relative selectivity is greater in IC compared to HPLC.

Compared with photometric methods and atomic absorption methods, the main advantage of IC is that it can detect multiple components in the sample at the same time. Complete information on anions, cations, and sample composition is available in a fraction of the time.

Unlike silica gel packings used in HPLC, the high pH stability of IC column packings allows the use of strong acids or bases as eluents, which is beneficial for expanding the range of applications. 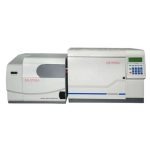 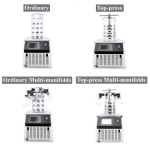 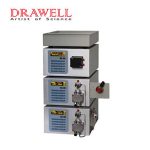 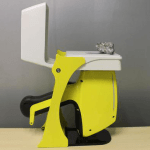 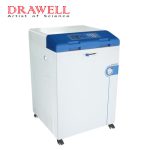 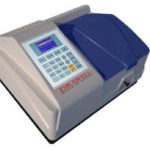